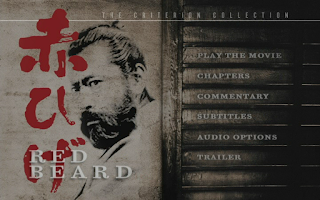 While most of my friends were busy as interns in hospitals around the country, I was having a great time watching films. I was down in the final semester and was supposed to appear for the Obstetrics and Gynaecology paper again after a few months.

It was then that I chanced upon this story of an intern, beginning to learn the art and science of practicing Medicine under the guidance of an apparently eccentric but immensely experienced doctor.

It was my first meeting with the great Akira Kurosawa. And thanks to the Criterion Collection DVD, it came with an excellent commentary that, apart from discussing the art and science of this film, talked about the life and works of Kurosawa in general. It also talked about the powerful actor who played the central character, who was soon going to become one of my favourites.

'The Seven Samurai', 'Throne of Blood', 'Yojimbo', 'High and Low' and 'Rashomon' followed. And Toshiro Mifune was going to be with me forever.

It was sad to know that the great association between the two geniuses was over with, ironically, the first film I saw them in. And although I loved 'Ran' and 'Dreams' too (two of Kurosawa's later works), I missed the charismatic and versatile Mifune.

The good news is, I have not yet seen all of their films.
Posted by satyanshu singh at 12:18 AM