Thank God We Are Disagreeing 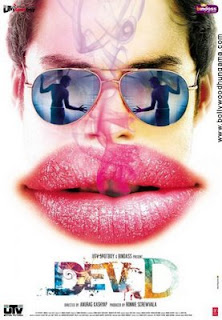 Everyone is writing about ‘Slumdog Millionaire’ these days. So, I am not sure whether anyone is interested in reading a line about it anymore. I don’t want to write what I felt about the film. It doesn’t really matter. What matters is most of us are feeling something about the film- thanx to the debate going around in the media. And we are talking among ourselves about it. Whether this film deserves all these attention doesn’t matter either. The point I want to make is – this entire episode proves yet again what influence the medium of cinema can have on people’s lives. This is why I believe it is the most powerful form of human expression in today’s times. It raises issues that often lie ignored, and brings it on our coffee tables, at times at the cost of itself. People start taking a film more seriously than the makers had ever imagined. And if they get some undeserved praise, it is soon neutralized by some unreasonable criticism and unfair hatred. In the end, things even out. Each of us gets exactly what we deserve. Not less, not more.

‘Dev D’ got released yesterday. Caught the first show I could, without looking at the review in the newspaper. Still, minutes before the show began, I got a phone call. My brother, in disbelief and a sense of urgency, informed me that the Times of India had given a five-star rating to the movie!
I am not yet sure what do I think about the movie. What I am sure of is, I would watch it again and again, and perhaps remain non-judgemental about it forever, as I was with ‘Slumdog’. I don’t feel the need to essentially judge these films and express my opinion, as long as people are doing that themselves. And I hope it is going to happen with ‘Dev D’ as well. A leading trade-guide-turned-film-critic has given a single star rating to it. And there are reviews carrying two, three and four stars as well. I have never seen a single film having triggered such a varied reaction. (And I have this feeling that perhaps Anurag Kashyap is the happiest man at the moment. Everyone loving his movie would be too boring for him.) I also feel that had ‘Slumdog’ released here before gaining worldwide reputation, the same critics would have varied in their opinion about that film as well.

The good thing is – we are disagreeing. And this is what a powerful art form should do. I hope filmmakers keep making films that they want to make, and eventually end up being victims of both unreasonable praise and hatred. Eventually, getting what they deserved, they would end up causing more ripples in the cinema world than a unanimously appreciated film would do. Some new taste buds would develop for the cinema lovers; some new genres will be explored. Meanwhile, the magic of cinema will continue….
Posted by satyanshu singh at 11:27 PM