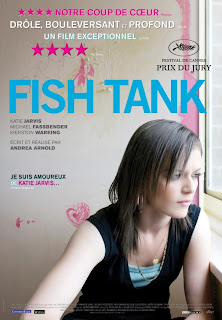 It does not happen often that you finish watching five movies in a single day, within 12 hrs. But from today, it is going to be my case for one full week. With five great movies today, the fest begins for me. And today it belonged to the ladies.

Two of the five movies had women directors. And all but one had ladies as protagonists: Mar Nero (Black Sea), a beautiful Italian film about the old Gemma and her young Romanian caregiver; Zanan-e Bedun-e Mardan (Women Without Men), a surrealistic political Persian drama about four women and how the unrest in Iran during 1953 affects their lives; Applaus (Applause), a Danish film about the personal turmoil in the life of a famous middle-aged actress; and finally Fish Tank, an English film about the fifteen-year old tough and wiry Mia. I had a chance meeting with Mr. Lekh Tandon and the movie we saw was the disturbing and brutal sexploitation film from Greece, Kynodontas (Dogtooth), which left the audience shocked and enraged.

The best performances were those of Ilaria Occhini as Gemma in Mar Nero, for which she has already won Best Actress Silver Lion at Locarno; and of Paprika Steen as Thea in Applause. But the movie that gave me a truely cinematic experience today was Andrea Arnold's Fish Tank, the winner of Jury Prize at Cannes, 2009. The red-black silhouette of the pretty and talented Katie Jarvis dancing to the tune of California Dreamin' made my day:
All the leaves are brown
And the sky is grey,
I've been for a walk
On a winter's day...
Posted by satyanshu singh at 12:37 AM