Hollywood: Chaplin, Spielberg, Tarantino, and Beyond

I was born just three years ago, that is me as reflected on this blog. It is true that I was a school

kid when I decided to make cinema my career, but spending the first eleven years of my life at a small town in Bihar, with no satellite TV, and the next eight years in a boarding school where we could not even listen to film music, I was deprived of discovery of cinema. It was only three years ago, in October 2006, that with movies like Aanand, Aandhi and Pyaasa, I discovered it. Since then it has been the single most important work of my life, almost my raison d’etre. Today I feel fortunate enough to be able to develop a blog on cinema. Here, in this post, I am going to write about what little perception I have of the commercial film industry of America.

When it comes to entertaining, nobody does it better than Hollywood. This is a fact as true as it can be. American films are like the face of movie-industry economics and cine-technology. There are hundreds of films in each genre that can make your day, or your weekend. You want to have a good time, just rent a good Hollywood movie. One movie that instantly comes to my mind is Groundhog Day (1993). As I was watching it, I thought – no one does it better than them! And there is no end to such examples.

But what has really appealed me about American cinema is how certain filmmakers have succeeded in creating significant aesthetic developments in spite of their strong and dictating movie-economy. Citizen Kane (1941) is not only the greatest American movie ever, as considered by many; it is a technical and aesthetic water-shed in the history of world cinema. From Charles Chaplin to Alfred Hitchcock (a British who in his later years moved to Hollywood) to my personal favourite, Stanley Kubrick (an American who in his later years moved to Britain) to Woody Allen to Martin Scorsese, there have been contributors who have shaped the cinema of today. And then there have been the likes of Steven Spielberg who have set and re-set the rules and standards of commercial cinema and have made it an important part of people’s consciousness. There are many among the current breed as well, and some of them are very much on their way to become as great as to be counted among the greats I just mentioned. I would talk about those whom I appreciate the most.

I have nearly completed the films of five of my favourite American filmmakers. And apart from them I am really in awe of the Coen Brothers. I have not yet watched all of their movies and the day I do that, I would write a separate post on them. The five I mentioned above are: 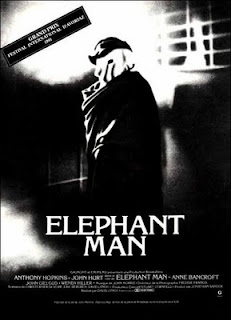 David Lynch: The senior-most of the lot, Lynch has already had a career that places him right up there with other all-time greats. His films introduced me to the genre of surreal, psychedelic thrillers. I had hated Eraserhead (1976) like anything, and now I know how important a cinema-experience it was. And he has taken that extra step to prove that his genius is not merely cerebral. The sensitivity he portrayed in The Elephant Man (1980) and A Straight Story (1999) proves that he could very much have made great ‘normal’ movies. But he instead decided to make the films he wanted to – surreal, twisted, dark, and forever memorable.

Jim Jarmusch: Here is one modern American filmmaker with the most personal and unique style. His movies are like ‘trips’. The Jazz he uses, the (often) black and white frames he composes, and the cosmopolitan of characters his cinema is – he is one of the most underrated geniuses of the current breed. You think you have seen enough of Hollywood? See Jim Jarmusch. And the kind of films he had made as early as in the 80s make you feel – Oh, that was something new! And extraordinary too!!

Quentin Tarantino: I have had a love-hate relationship with Tarantino. His Grindhouse (2007) is easily one of the most avoidable movies I have seen. It took time for me to realize the greatness of Pulp Fiction (1994), but today I can watch it any number of times. I am a huge fan of Kill Bill (2003-04) and the song Bang Bang is something I can die for. Reservoir Dogs (1992) will forever remain the finest example of independent filmmaking. I thought Jackie Brown (1997) was OK, I could not help to expect a lot more. And finally, after an impatient wait, saw Inglourious Basterds (2009) in a theatre. They say he is repetitive. I agree, but have no complains. He has a way of doing things, he has a way of celebrating cinema, he has the ability to write the zaniest dialogues ever, and I love him for that. I have forgiven him for Grindhouse; he can afford to indulge once in a while. For the contribution he has made to commercial cinema with that 1994 gem is something he will always be honoured for. (Pulp Fiction is one of the biggest reasons why I do not find the Oscars credible enough). If he could repeat that originality, he would have shot to the league of the Kubricks. But he will be remembered for being Tarantino anyway.

Paul Thomas Anderson: PTA!!! There is this certain fluidity in his cinema; you seem like floating through his films. His characters and his score, among his other visual elements make you feel like you want it to go on forever. And with his last two movies – Punch-Drunk Love (2002) and There Will Be Blood (2007), he has shown signs of great versatility, and yet maintaining his singular, personal style. Looking forward to his next. 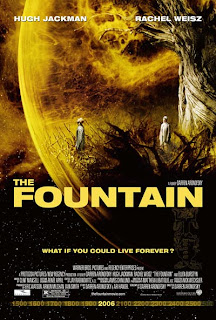 And now I name my favourite non-Indian filmmaker among the current lot. With a surrealism that has managed to cross cerebral barriers and made inroads into emotions and sensitivity, with a writing that fuses philosophies and legends and results into some of the most original cinema of recent times, with a vision that you only find in dreams and in the state of altered reality – pure, poetic, vivid, and intoxicating, a director who has always outdone himself and has also proved his ability to tell a story as simple as his last, the maker of Pi (1998), Requiem for a Dream (2000), The Fountain (2006) and The Wrestler (2008), Darren Aronofsky is the name I would choose from my three years of film-age. I feel he is the most worthy ascendant to the throne of Stanley Kubrick. Following his career would be like we followed the career of Sachin Tendulkar – seeing him arrive, make promises, fulfill them time and again and growing into the stature of a legend. Darren, you have to reach there. Waiting impatiently for your Black Swan (2010)…
Posted by satyanshu singh at 10:41 PM