Mumbai 2009, Afterword: Down With Viral 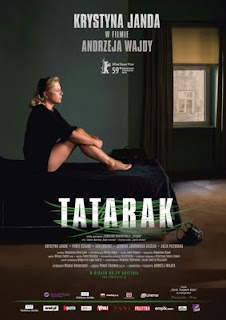 Mumbai Film Fest ended on 5th November. For the next four days I have been sleeping. This strange viral attack has left me confined to my bed. There is no fever, but there is everything else. Don't feel like doing anything, least of all watching a new movie. Fellini's La Dolce Vita and Hitchcock's North by Northwest, among others, are waiting for me, the newest additions to the Movies folder on my laptop. But I feel saturated. If I actually have to watch a movie, I would rather choose one of the 34 I saw during the past one week. Would love to revise most of them.

34 films from nearly as many countries, in more than 17 languages. From Romantic Comedy to Thriller to Courtroom Drama to Documentary to Surreal Fantasy to Psychological Drama to Crime to Period Biopic - it was a complete experience. The award winners were:

Edward Hogg for White Lightnin' and Paprika Steen for Applaus won the awards for Best Actor and Actress respectively.

A special Jury Award was given to Mark Gyori for camerawork and Gyorgy Kovacf for sound for the film Katalin Varga.

In spite of watching as many films as I could, I missed three of the above mentioned films. They will now feature in my list of 'Badly Need to Watch' films.

Would like to mention Tatarak (Sweet Rush) from Poland; and Kan Door Huid Heen (Can Go Through Skin) from Netherlands. These two films affected me greatly. If cinema art for me has acquired new meanings during this week, these two films have made the most difference.

P.S. On my way back home after the festival, had three different encounters on the train. All of them were men under influence of alcohol and the drama they created was no less than any of the films I had seen. Hitchcock had rightly said that drama is life with the dull bits cut out. As I lie in my bed, down with viral, life and its drama continues. Hoping to join it ASAP...
Posted by satyanshu singh at 11:04 PM