Paparazzo and Paparazzi: from Fellini to the dictionary 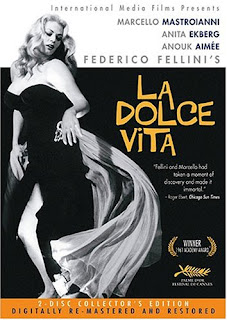 Paparazzi, as we know, is a word in common English usage. The Oxford Dictionary defines Paparazzo as a 'freelance photographer who pursues celebrities to photograph them' at moments when they are not expecting to be photographed. Paparazzi is the plural form. The etymology of this word is interesting, esp. for the lovers of trivia. In his 1960 film La Dolce Vita, on the Page3 society of Rome, Federico Fellini created the character a photographer named Paparazzo. He is the assistant to the protagonist Marcello and accompanies him in his trips around the city for seeking stuff for the gossip columns. (In a certain Italian dialect, this word resembles another describing a particularly disturbing and irritating sound like that of a mosquito.) Needless to say, La Dolce Vita went on to become one of the most celebrated films of all time, and the languages got a new word to describe a relatively modern phenomena. This cultural give-and-take has become an important contribution of cinema, the influence of cinema on the popular American novelists of 1960s and later being one common example. With this post I am starting a new section on this blog, From Cinema to Other Arts and Reverse, that will focus on the cultural exchanges of various art forms. What a word to begin the discussion, Paparazzi!
Posted by satyanshu singh at 11:44 PM