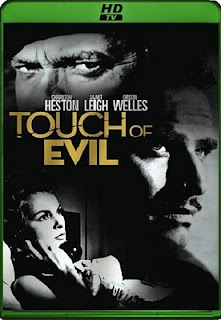 Film-noir (pronounced ‘film noah’, literally ‘the black film’) is a broad film genre. Although the precise definition is debatable, the typical film-noir is a stylish, crime drama portraying cynical attitudes and sexual motivations and commonly pessimistic endings. The classic film-noir period was the 40s and 50s and black-and-white cinematography with low-key lighting was the most striking visual trademark. Some of the best films belonging to this period and genre were by masters like Alfred Hitchcock (Notorious), John Huston (The Maltese Falcon), Otto Preminger (Laura) and Orson Welles (Touch of Evil). However, some are of the opinion that various colour films of the later period and even some science fiction films belong to this genre. (2003) is considered a neo-noir film.Perhaps the best example I can give to illustrate film-noir would be Sriram Raghvan’s Johnny Gaddar (2007). Notice the dark, criminal psyche of characters for whom we actually develop empathy in spite of their anti-social behaviour and action. And the moment it ends, it detaches itself from its characters, reminding us that it was the story of ‘bad’ people. The pessimistic end seems justified but we find ourselves empathizing with the characters. We actually empathize most with the biggest bastard. And it is all so overtly stylish and thrilling. Now, just imagine the same film in black-and-white, with shadows and silhouettes. That is classic film noir for you.
Posted by satyanshu singh at 3:08 AM