The photographic film on which a motion picture is shot is called Film Stock. There have been two major trademarks for colour film stock and processes and all of us remember reading these among the opening credits: Technicolor and Eastmancolor. 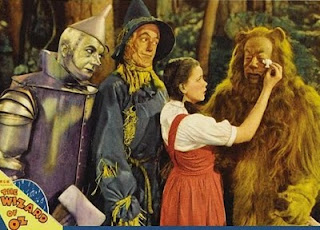 Technicolor was the most widely used color motion picture process in Hollywood from 1922 to 1952. It provided with top saturated* levels of color and was used commonly for larger-than-life films like musicals, costume dramas, and animated films, e.g. , 1939. But it required bulky equipment, more technicians, and a high budget. And it used a dye-transfer process that was time-consuming. So, it was replaced by Eastmancolor films when Eastman Kodak introduced it in the early 50s. It was cheaper and easier to develop.

But over the period it was discovered that Eastmancolor prints have tendency to fade and many of the films of the 50s and 60s have lost their visual splendour. Hence we hear of ‘restoration’ of old classics, which involves various options, one of which is using the Technicolor dye-transfer. Technicolor prints have more stable colours and are considered of archival quality. Also Technicolour negatives are more suited for transferring to video formats for home viewing. Even today, some films use Technicolor, esp. those set in the 1940s, e.g. Pearl Harbor, 2001.

P.S. Saturation measures the amount of a colour in its shades. For example, the colour red has increasing levels of saturation from reddish black to blackish red to very dark red to very deep red to brilliant red- the most saturated shade.
Posted by satyanshu singh at 1:06 AM