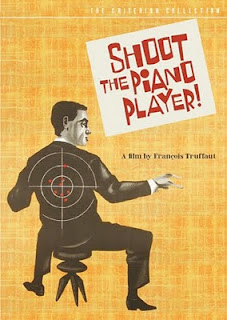 Over the last three weeks, I watched eleven French Classics. From Dramas to Noir to Thriller to Surreal 'auteur' movies, it has been a wonderful experience.

Watched four movies by the great Francois Truffaut: 'Shoot the Piano Player' (1960), 'The Soft Skin' (1964), 'Two English Girls' (1971), and 'The Woman Next Door' (1981). Although none of these could match the timeless brilliance of 'The 400 Blows' or 'Jules et Jim', I feel I have started to know Truffaut. And the most striking elements of his films for me have been the eccentricities of his characters and the role death plays in the narrative. In spite of varied styles, his films are essentially grim.

Jean Cocteau's Orphic Trilogy was a discovery. 'The Blood of a Poet' (1930) was too abstract for me, a great example of Avant-Garde cinema. 'Orpheus' (1950) was engaging. It was like a diluted form of Bergman in its abstraction and treatment. But the most special of the three was 'The Testament of Orpheus' (1959), Cocteau's last film. This film, in which Jean Cocteau plays himself, is the most personal film I have ever seen. It is more personal than 'All that Jazz' or '8 1/2' and it is the perfect last film for a director, perhaps a more suited 'farewell' film than Satyajit Ray's 'Agantuk'.

'The Lower Depths' (1936) is the screen adaptation of Maxim Gorky's most famous play by the same name. This is the film that features in 'Cinema Paradiso', in the memorable scene where the priest censors the kissing scenes in the theatre alone. But this film was ordinary. I watched it because of its maker, Jean Renoir, one of the earliest masters of cinema. Interestingly, Akira Kurosawa also did a Japanese adaptation. I really want to watch that now. And a clearification- Chetan Anand's 'Neecha Nagar' is NOT based on this play. The similarity ends with the titles.

'Pepe le moko' (1937), another film starring Jean Gabin, has one of the most memorable use of a location as a character. The Algerian Casbah shown in the movie was more impressive than the movie itself. This film, the story of the celebrated gangster - Pepe, is seen as one of the early precursors of Film Noir. 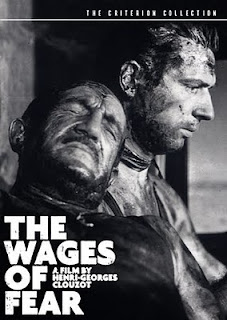 'Rififi' (1955) is the perfect example of Film Noir. I would recommend this film to all. There is a long and detailed heist sequence that is definitely one of the best you are going to see. Brilliant!

But the best of the lot was Henry-Georges Clouzot's masterpiece, 'The Wages of Fear' (1953). Four jobless men take the risk of transporting two truck loads of nitroglycerine over hundreds of miles for $2,000 each, knowing very well that the volatile nature of the chemical can end their lives with the slightest jerk over the long and uneven stretch. The tension that this film builds is a cinematic achievement. Watch this urgently. This is one of those movies you must watch before you die!

Posted by satyanshu singh at 4:03 AM