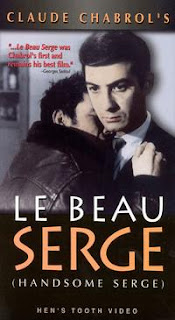 Just as the history of human evolution is marked by anthropological milestones like the invention of the wheel and others, certain ‘movements’ have had path-breaking influence over the evolution of cinema over the decades. La Nouvelle Vague or the French New Wave is one of those path-breaking developments that shaped modern cinema. It was perhaps one of the most marvelous explosions of cinema talent. More than 150 new filmmakers arrived on French cinema scene between 1958 and 1962. The best among the lot were the likes of Jean-Luc Godard, Francois Truffaut, Claude Chabrol, Alain Rasnais, Agnes Varda, and Eric Rohmer. They had several similarities. Many of them were film theorists and critics and hailed the works of French, Italian and American masters. They were against traditional narrative and eager to break conventions. And most importantly, they believed in the ‘auteur theory’ of cinema: Cinema, like the novel, is a medium of personal expression, and the filmmaker, like the novelist, must have a personal style. So each of these filmmakers tried to go beyond genres and evolved their unique personal expressions, at times by combining genres surprisingly, in their prolific careers. The peak of this movement is considered from 1958 to 1967. I have seen only a handful of these films. The 400 Blows, Hiroshima mon amour, Breathless, Shoot the Piano Player, Cleo from 5 to 7, Jules et Jim, Pierrot le fou, and The Soft Skin.It must be remembered that the New Wave was not an organized movement. It was as spontaneous as an anthropological advancement but was similarly very much ‘waiting to happen’. Each of these filmmakers worked independently, but sill managed to develop some similar and deeply influential aesthetic innovations. The protagonists of many of these films were not ‘typical’ heroes. They were men and women with existential self-doubt and weaknesses and eccentricities. They did strange things, like breaking the ‘fourth wall’ by looking into the camera and talking directly to the audience. And the narrative was hardly conventional with some totally unexpected scene transitions. 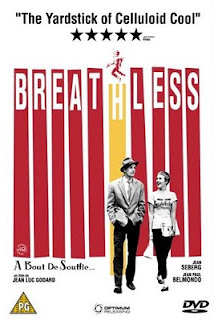 Limited resources forced innovations that later became aesthetic tools. They shot on real locations in natural light using mobile and hand-held cameras and sync sound recording. Often they had long, tracking shots that lasted for several minutes, and on the other hand, they invented the ‘Jump Cut’. Actors often improvised their dialogues with lots of colloquialism and slang terms. They even went to the extent of consciously changing characters and using incomprehensible symbolism to ‘remind’ the audience that it is ‘just a movie.’ There was this youthful rebellion that made cinema from a ‘dictatorial’ medium to a medium to play with, possibly giving birth to the concept of ‘independent cinema’. That the French New Wave is one of the most significant movements in cinema history, is evident from these words by Martin Scorsese: ‘the French New Wave has influenced filmmakers who have worked since, whether they saw the films or not.’ The films of this period, now celebrating glorious fifty years, stand among the most cherished gems of movie-culture.
Posted by satyanshu singh at 1:16 PM