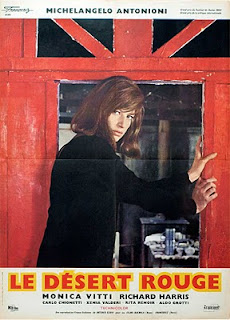 As I mentioned in my previous post, a Sign has two aspects: the signifier (the word/sound) and the signified (the meaning). An Index is a kind of Sign where the signifier represents the signified not by similarity but an inherent relationship to it.

For example, I want to show, without making my character speak, that the weather is too hot. How can I do that? I can show a thermometer. But this is too loud an index. If I show the actors sweating and wiping their faces, it is subtler. What if we show shimmering atmospheric waves? Or, to further tone it down, use bright and hot colours on the set? 'Lagaan' had used yellow filter - it not only set the mood for a period drama, it also heightened the dry and hot ambience, the story of a land that is devoid of rains.

Film Indexes are also inspired from literary tools. All of us have seen the use of a solitary policeman to signify 'the law'. Or close shots of marching feet to signify 'the army'. This is a cinematic adaptation of Synecdoche - a figure of speech where the part stands for the whole or vice versa. In Michelangelo Antonioni's 'Red Desert' we find a girl surrounded and nearly overwhelmed by industrial machinery in a key scene. But the signified meaning is extended to the urban and industrialized society that has trapped this girl. These machines in the scene represent a larger reality.

A shot of falling calendars means passing of time. A man's image being reflected on a cracked mirror signifies he is torn into two - either emotionally or psychologically. Here an associated detail or notion is used to invoke a different idea. This is 'substituted naming' or Metonymy - another figure of speech. Again in 'Red Desert' Antonioni uses grey colours to signify psychological and political oppression and bright colours for independence and good health.

There is no end to such examples. I would conclude this post with this example from Kieslowski's 'Three Colours: White'. At one critical scene in the film, the protagonist, who has lived an unfortunate life of insult and injustice and poverty, makes an ambitious decision to start all over again. And he seems willing to use all means to regain the command over his life. In this scene we find him combing his hair. But he is not using a mirror. He has a photo frame of some divine deity on the wall. And he is using his reflection on that glass to comb. He is so engrossed in doing that, he hardly looks at the deity - he has started to make plans of his own. But the picture of the deity is looking at him - he can not escape his destiny. It is with the use of these signs that film discovers its own, unique metaphorical power and the ability to say many things at once.

(The post is a part of my notes from James Monaco's brilliant book 'How to Read a Film'.
Posted by satyanshu singh at 12:18 PM