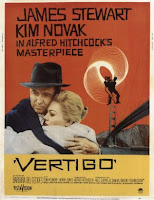 The two decades of the 30s and the 40s are considered the Golden Period of American Cinema. The year 1946, in fact, is till date the most profitable year for Hollywood. This was also the period of the Studio System – when a handful of filmmaking companies dominated the American film business. Close to 75% of the revenue was shared by the Big Five – MGM, Fox, RKO, Paramount, and Warner Bros. Then there were the Little Three – Columbia, Universal, and United Artists. Their oligopoly was based on some malpractices like ‘block booking’, and in order to ensure greater profits, studios adopted Vertical Integration (that is, the entire chain from film production, distribution, to exhibition, being controlled by respective studios). The much controversial contract system bound talent (stars, directors, etc.) to different studios and the studio executives controlled the films they made – directors were often not allowed in the post-production stage. Films were treated as commodities, produced through an assembly line, with respective studios specializing in specific genres. However, the most important and long-lasting contribution of the Studio System was how it helped in the aesthetic evolution of cinema by development of certain styles and conventions – the concept of continuity-editing, maintaining the sense of verisimilitude, closure-ending, etc.

By the 50s, though, this dominance had ended. Some legislations passed during this period brought an end to the malpractices and vertical integration. Stars began to seek greater independence from the studios. A rise in independent productions, import tariffs imposed on American films abroad, migration of Americans to sub-urbs, and rise of the TV were other important factors that cause this change. The Studios are still functional, and to some extent they still dominate film-business, but the scope for independent players and for artistic expression beyond the control of studio executives is much more.

One major contribution of the Studio era was the evolution of the Classical Narrative – the classical way of story-telling on film. The rules were simple – tell a story the audience wants to hear, and in an easy to comprehend way. The chronology of events should be linear, from beginning of the story to end, with the permissible use of flashbacks for specific elaboration or exposition. Everything should be connected in the thread of cause and effect. The characters should be believable and must have clearly-defined wants and functions. The protagonist should be likeable and motivated to achieve his/her want against all odds. In the end, there should be a closure that would fulfill the audience. I believe it was important for the evolution of this narrative to make cinema such an integral part of the popular culture it is. I would also like to add that the Classical Narrative can be understood better when compared to other alternative forms of narration, including some that totally defied the narrative approach.

The lecture on 20th June covered these topics. And it was followed by a discussion on the cinema of Alfred Hitchcock,‘Vertigo’ (1958) in particular. It was interesting to see how the students reacted to this movie. Some thought it was painfully slow and predictable, some thought otherwise, and defended its ‘slow’ pace. Most of them liked the film, some even loved it. However, the acting of James Stewart did not go down too well with the students. They thought it was hilariously theatrical. Perhaps I would have felt the same as a 19-year old. But I’m happy that they have been introduced to the cinema of Hitchcock so early. This is a discovery they will thoroughly enjoy. And they too will wait for those blink-and-you-miss cameos by the master, who stood tall amidst the dominating Studio System, one of those few filmmakers who exerted complete control over his film-expression, and rose to the status of a star himself.
Posted by satyanshu singh at 12:03 PM

Labels: Hollywood and Around, Reading Film, Talking About the Masters