Understanding Cinema Lecture: How to Divide Your Scene to Shots for Shooting 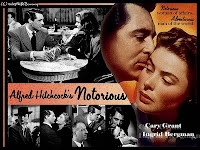 Shots are the units that make a film. They are like sentences in prose: each unit conveying one complete idea. So, though I discourage the idea of visualizing the film in shots, especially at the writing stage, once the screenplay is ready, we have to finally go through this exercise, of dividing each scene into shots. And if there is one mantra that we should never forget, it is this: ‘Each shot should be significant, each cut should be significant.’ To achieve the most correct shot-division, the director needs to understand the screenplay and investigate on it. What appears so normal and obvious on screen is actually a matter of individual decisions taken out of hundreds of options. And the pain and the wisdom that go into this make a good film great.

We have to answer three basic questions to understand our scene:
- Whose scene is it? (Which characters’)
- What is the purpose of the scene? (Narrative and/or dramatic, expository, to create a mood, to shed more light on characters etc.)
- What are the Dramatic Blocks that constitute the scene? (Look below for details).

Every scene has an arc of its own, which is generally through the perception of the person whose scene it is (the answer to the first question). This arc exists because there is something to be achieved through the scene (the answer to the second question). If it is compared to a prose piece, a scene can be composed of one or more ‘paragraphs’. One idea is generally covered in one paragraph. The only way to get what idea is being conveyed in the scene is by finding the answer to the first two questions. And once we know that, we can divide the dramatic arc of the scene into these visual paragraphs called Dramatic Blocks.

Each paragraph is composed of sentences. Similarly each Dramatic Block is composed of shots. But unlike prose, where a change of paragraph is easily communicated, we can not have visible ‘breaks’ in the action of the scene to make the audience understand the change from one dramatic block to the other. Hence we need to design the shots in a manner that ‘renders’ this information to the audience. This design is again driven from the answer to the three questions above, including the ‘idea’ being communicated through that particular dramatic block.

For example, the scene when ‘Bhuvan’ is introduced in ‘Lagaan’ is also when the antagonist – Capt. Russel is introduced, as is the seed for their rivalry. Remember how it is shot? The two facing each other, and a ‘shot-reverse shot’ pattern capturing the drama. However, in the next scene as we see Bhuvan and Gauri together, and the scene establishes their romantic relationship, we see them sitting together, thus establishing their ‘togetherness’ which does not have any real friction despite the conflicted love affair of theirs. If we do not understand the purpose of this scene, we might end up rendering it in shot-reverse shot pattern which suggests a conflict, each cut truly ‘separating’ the characters.

We thus realize that each shot carries a syntagmatic connotation (the connotative sense we comprehend by relating the shot/sentence to the shots/sentences preceding and succeeding it) and a paradigmatic connotation (the connotative sense we comprehend from the comparison of the shot/sentence with its unrealized companions – other potential shots/sentences). This is the basis of cinema – shots colliding with each other to create a narrative, tension, or mood.

So if your scene begins with ‘togetherness’ between characters, and then they start arguing to finally ‘separate’ psychologically, you can divide the dramatic arc into blocks – the first showing togetherness, the second showing rise of conflict, the third showing the climax of conflict, and the last establishing the separation. Once you identify that, you can divide your shot more meaningfully.

This is not something that can be covered in one article. Thanks to the wonderful book ‘Film Directing Fundamentals’ by Nicholas Proferes I have started to understand this concept. We can spend years trying to learn this, by reading the movies of Alfred Hitchcock and Billy Wilder, among others, who were the masters of film grammar. The topic might look intimidating, but with reasoning and practice, it can be learnt. I hope we as young filmmakers can incorporate some of this learning into our work, and understand the function of a shot better. Shots are important, eventually.
Posted by satyanshu singh at 11:23 PM