30 Big Lessons from a Short Film 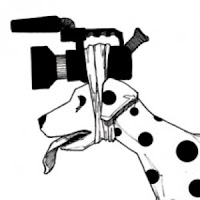 1. Making short films is the best way to learn film-making.

2. Unavailability of equipment, finance, or professional crew should never be an excuse for not making a film, esp. short. I had these inhibitions. No more.

3. Zero-budget does not necessarily mean zero-budget. A budget of 3-4K can also be considered zero if spent extremely judiciously.

4. Working with a child actor is fun. But it has its costs.

5. Working with more than one child actor is a pain, especially if they know each
other well. They treat the shoot like a holiday and have a blast, making your job impossible. Next time, cast children unknown to each other.

6. You are not the most stressed person on set. Possibly, it is the actor.

7. While scheduling the shoot it is not important to consider whether it is manageable by you. The bigger question is – is it manageable by the actors. Make sure they are comfortable and not over-worked. Their mental health is more important than your own.

8. An appropriate performance is only appropriate. You have to put in extra-effort (and I don’t know what it means) to extract something magical from your actors.

9. Do not be satisfied with the actor performing the way you expected. Inspire him/her to surprise you every time you take a shot. Or your film will be only as good as your narration of the script.

11. An actor improvises a line. You like it and shoot it. But make sure you have one good take of the line as written in the script as well. The improvisation may appear out-of-sync with the storytelling when you edit the scene. There was a reason why the writer spent such a long time writing those lines. Respect the written word.

12. Do not ‘Okay’ a take until you have seen the framing and the performance in a monitor. The LCD screen of the camera is deceptive, uselessly deceptive.

13. After the first day of shoot, you wonder whether you should continue making films.

14. The second day is always much better than the first.

15. If you are determined to learn and improve, by the end of the third or fourth day, you will see an obvious positive change.

16. Shooting is like a mad festival. It is stressful, but it is fun.

17. Murphy also functions invisibly. Even after a relatively smooth shoot, when you think you got what you wanted, he can surprise you at the editing table, when you realize you just do not have good takes to complete the film.

18. Like always, the only way to counter this invisible face of Murphy is – planning. Meticulous planning may not always work, but it will always be better than not planning.

19. The biggest merit of planning extensively is – it keeps you stress-free during the shoot, and that enables you to take vital on-the-spot calls.

20. After watching the rough cut, you feel how wrong your judgment during the shoot was.

21. Try not to be ashamed of making big manipulative changes during the edit. Editing is as much your storytelling tool as any other. To be honest, it is the first step where the script starts to lose its relevance. You may end up making a film different from your initial vision, but if it works, nothing else matters.

22. There is a massive difference between the rough cut and the final cut. Massive. Huge.

23. Good sound design can enhance the performances too, especially in the non-dialogue shots.

24. Imaginative use of background score can be your movie-saving tool.

25. Understatement is an art to be mastered. Inexperienced makers attempting understated drama may end up with something that looks superficial and barely affecting.

26. Over-reliance on the script may be as bad as ignoring it.

27. It is difficult to decide which of the two realizations is more painful – that your filming could not do justice to your writing, or that your writing was not good in the first place.

28. If you had planned well, you can still end up with a bad film. But you will be better placed to diagnose where you went wrong. All points above prove this.

29. The best way forward would be to plan the next short film, giving particular attention to address the specific problem areas you experienced and diagnosed.

30. Life as a film-maker is going to be full of insecurities and self-doubts. And this is something no level of planning or practice can prevent. Hence proved: despite trying to be an elaborate planner, a shrewd manager and a deft craftsman, filmmaker is ultimately an artist! ;)
Posted by satyanshu singh at 11:58 PM