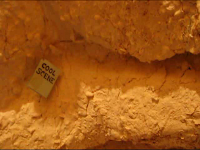 Being able to select, with precise clarity, the best day of one’s life must be a difficult thing for most. Not for me, and I thank God for that. I know exactly which day in almost 28 years of my life has been the most special. It was four years ago on this rare date. It was a Friday. And it was the day when I had screened my first feature-length movie for a very special audience.
It started with me failing in the Gynaecology paper, when almost all my batch-mates had cleared the Final MBBS, officially earning the title of ‘Doctors’, somewhere around the end of January 2008. Most of them were to be commissioned into the Armed Forces and leave the college by the first week of March. I was supposed to clear this one paper in the next exams to be held in June. Technically, I was stuck six months behind the rest of my batch. And thank God for that.

Because as the rest of them were busy practicing for their Passing Out Parade, and attending Internship, and getting volumes of documents ready, I was sitting in my room, working on what was to be my first full-length film – an 85-minute experimental surreal-documentary on them. It was a huge undertaking and some were critical of it at first, but what kept me motivated was the realization that not many among students of Medicine can make a film on their friends and college, and so if I can, it is my responsibility to gift them with something unique and unforgettable. I was also fortunate to have an amazing crew, all medicine students, conducting close to 130 interviews, shooting in and around college, even creating the set of a cave in one of the hostel rooms (please take a look at the attached picture). I doubt if I will ever work with a crew more intelligent than them. They inspired a shamelessly lazy person like me to work more untiringly and dedicatedly than ever before or after. In the last sixty-six hours before the screening, poring over my editing software, I had slept for only six!

When the entire batch assembled at the lecture hall, around 8 pm on 29th February, I was still editing the film. I kept them waiting for more than two hours, and they were impatient only out of curiosity. What followed was the most fulfilling experience of my life – watching the film with them and watching them laugh and cry. I was scared during the screening, about how they would receive it, and more importantly out of fear of some technical glitches. After all, even I had not watched the completed film until then. And I still crave for that moment to be recreated – when after the film, they all came to me and personally thanked me, and whispered into my ears some of the most unforgettable words.

‘The F Word’ (2008) means a lot for my batch-mates at AFMC, for its obvious nostalgia value, and with every passing year, it will only get more and more special. But for me, that film was the beginning of a new journey. For me it was important to see whether I can create something that can keep the audience glued for one and half hours, whether I can make them laugh when I want, think when I want, and cry when I want, and cheer and clap at the right moments. It was my personal test as a storyteller, and though the perfectly personal content for that audience and the timing of release had made my job easier, it was still something I wanted to test myself with. My friends were gone within the next seven days, but so many of them told me before leaving – “You have to leave medicine and the Armed Forced now, and go to Mumbai. You have to try it out.” A few months later, these friends were to pool in lakhs of rupees to help me break free of my Service Liability of seven years in the Army, putting their unflinching faith on me, something that even my family and relatives could not do. And a couple of years later, sitting in the hills and jungles of Kashmir and the North-East, they were to take more pride than me on the poems I wrote for ‘Udaan’. After all, the line and the poem – “Bhool gaye hain joote kahan utare the”, that many now identify me with, had first featured in the climax of ‘The F Word’ – the film made by and for my batch-mates. That the film talked about ‘friendship’, which was to come to my rescue during the toughest phase of my life, now seems both just and prophetic.
Posted by satyanshu singh at 8:23 PM