Rising amidst the Ruins 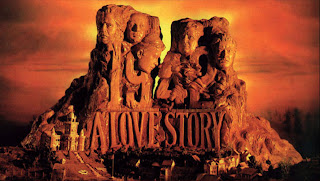 A little over five years ago, Vidhu Vinod Chopra's 'Eklavya' was panned by the audience and critics for reasons beyond my understanding. I had liked it a lot and thought it was one very well made film. After all these years, I still don't know what was wrong with that movie. From the parallels it drew with the legend of Eklavya, to its performances, it had impressed me completely. And its use of cinematic technique, I believe, is something not many film-makers in India can match. Vinod Chopra, perhaps, is one of India's best directors today as far as film grammar is concerned. It is unfortunate that most people consider him a successful producer ('Munnabhai' movies, '3 Idiots', 'Parineeta') before believing that he is a competent director. In fact, and here is a confession, despite admiring him for various reasons, it wasn't until recently that I actually realized his might as a director.

Here I'm tempted to recount the movies he has made as a director. Starting with his celebrated shorts - 'Murder at Monkey Hill' (1977) and the Oscar-nominated 'An Encounter with Faces' (1978), Vinod Chopra has directed seven feature films till date: 'Sazaye Maut' (1981), 'Khamosh' (1985), 'Parinda' (1989), '1942: A Love Story' (1994), 'Kareeb' (1998), 'Mission Kashmir' (2000) and 'Eklavya' (2007). You have to watch 'Murder at Monkey Hill' and 'Khamosh' to realize how at an early age he had showed signs of a promising career. Many people recommend 'Parinda' as his best work, but I'm not a big fan of that movie. Despite that, and despite an inconsistent career, today I realize why he is regarded so highly by other directors in the industry, especially those who are serious students of film form and aesthetics. This realization occurred only a few days ago, when I was pleasantly surprised at the wonderful craft of '1942: A Love Story', as I watched it at the recently concluded Vinod Chopra Film Festival.

I was ten-years old when '1942' was playing at a theater in my home-town of Munger. We got to watch very few movies, my brother and I, with Mom and Aunt. It happened only when my Grand-dad was out of town, and my Dad reluctantly agreed to let us go. Mom always took us along. So I don't know why she went to watch '1942' without me. On her return, I still remember how she praised the movie - I really have those images before my eyes now. Almost two decades later, I was to discuss the movie with her on phone - having watched a wonderfully restored print with 5.1 sound, with the cast and crew - including Jackie Shroff, Danny, Javed Akhtar, Kavita Krishnamurthy, Nitin Desai, Vinod Chopra and others.

It's not that I didn't find problems with the film. The performances, not all, were overboard at most places, and there were certain convenient moments in the screenplay that bothered me. But, and I say this with a lot of pride and pleasure, the movie has an impeccable cinematic language. I feel sad about most good movies in Hindi cinema's history when I compare their craft with the best of the world. '1942' shocked me with its design, and now I want to revisit 'Parinda' and other films by Vinod Chopra. To make a film like '1942' you require an understanding of the medium, a passion for cinema, and guts that very few of us possess. And I hope at least those in the film fraternity acknowledge this. Remember, this film was made in the early 90s - easily the worst phase of Hindi cinema. Take any movie made in that period and play it along '1942'. You'll see what 'ageing' means, and you'll know what makes a film last forever. As Imtiaz Ali said, thanking the makers at the end of the Q&A session that followed the screening, "Thank You for bringing splendour back to Hindi Cinema.'

Any discussion on this film remains incomplete without the mention of its timeless music. Vinod Chopra says he wanted to make this film because he wanted to create a timeless music album. We will forever be grateful to him for doing that, and doing that with RD Burman. It was a time when music companies refused to buy an album composed by Panchamda. We can only feel outrage for such an attitude shown towards unarguably the most influential and imaginative music composer in our film history. He passed away before the release of '1942' but thanks to this film, Panchamda ended his illustrious career on a supremely high note - with an album that was inventively radical and soulfully traditional at the same time. The movie won all music awards: Best Music, Lyrics, Male and Female Playback Singers, among 9 wins at Filmfare Awards that year. And Filmfare started RD Burman Award for New Music Talent in his memory that very year. Guess who was the winner of the first trophy!
Posted by satyanshu singh at 1:02 AM