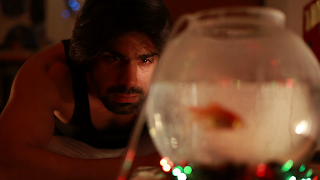 A few months ago, I had written this post on what all I could learn while making a short film. This summer, we shot another. And I can proudly say that none of the mistakes committed earlier were repeated this time – at least none as far as my conscious mind can pick up. We made sure to implement all lessons learnt during the last shoot. As a result, we ended with a film much superior than the last, though not good enough to share with everyone. But most importantly, this time we committed mistakes which were more complex and sophisticated than the last time. The lessons we learnt this time were of a higher order – and they greatly helped us evolve as film-makers.


That the resulting film wasn’t great is a fact of lesser importance. The more important and crucial truth is this – we can back-track all these months and see how we have grown. I just wish this process continues. Some day we will be able to make a film for the world to see.

Here are some more lessons learnt in the process. I’m documenting these here, and would definitely go through them before making the next short-film.

Posted by satyanshu singh at 10:40 PM