Few Years and a Day in the Life of a Screenwriter 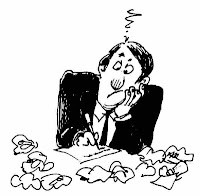 A couple of days ago, I had a long discussion with my director on the craft of screenwriting. We talked about the ‘rules’ that are advocated, and ‘the need for a structured approach’ to screenwriting, something I have always believed in. My director accepted that this is the ‘right’ approach, but that is precisely the reason why film-writing is not as fine, or superior a form of expression than, say, prose or poetry. I agreed, but the discussion left me a little insecure, until after one day of pondering over it, something inside me gave me the solution. That day, I believe, has become one important day in my life as a screenwriter. But in order to understand that, let us go a little back in time.

In 2006-07, I started to learn screenwriting by adapting two novels into their respective ‘first drafts’. And then, my brother and I started working on the first original script of ours. Next year, when I came to Mumbai, that script paved my way into the industry. It was liked by almost everyone who read it, and it brought us more opportunities. Until then I was not aware of any screenwriting rules and all we had were our instincts and imagination. We adapted another novel, and worked on several drafts of it – and that too was well-received by many.

And then, everything changed when I attended a Film Writers’ Association conference in December 2008, where I saw people mouth words like ‘Three-Act Structure’, ‘Plot Points’ etc. It terrified me. I felt ashamed to call myself a writer! That kick-started my learning of the grammar of film-writing. In the four years that followed, I read several books on screenwriting. But in sharp contrast, struggled with writing a film-adaptation, re-wrote the final draft of a film that is yet to be released, and worked on another original screenplay for more than two years, that is ‘still not there’ after multiple drafts. In six years of my experience as a screen-writer, the best works have been created out of instinct, intuition, and complete ignorance about the rules of the game. How then is my obsession with ‘the need for structure’ justified? Am I going in the wrong direction by ignoring the spontaneous imagination of my mind by resorting to tables and graphs and calculative construction? I hope it is evident how troubling and baffling this doubt can be, and I was truly troubled, until a miracle eased my mind. Out of nowhere, a thought came to my mind – “the structure and the rules are tools, nothing more, nothing less, and trying to perfect the structure should be a lesser concern for the screenwriter.” I will try to elaborate it. 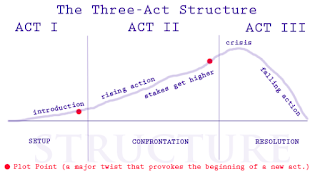 When we have an idea, we need a structure to help us explore it. That does not mean we are limiting the idea within a structure. If we are flexible with the structure, it will take us a certain distance before we realize it is inadequate and we re-structure everything and explore the idea again. Without a structure to guide us, we might never know the story we want to tell, and the reason behind our fascination for the story, and the merits and limitations of it. Without a structure to guide us, we might never understand the ‘best way’ to tell that story and might settle for the first thing that comes to our minds. But if we are flexible with the structure, and keep trying new ones, we are actually allowing spontaneity that can instinctively help us find that ‘best way’. We can safely conclude that ‘the structure’ is never the most important or determining factor of the process, it is only a tool that we should learn in order to explore the possibilities as a storyteller. To succeed as film-writers, what we should really obsess about is creating fascinating characters caught in interesting situations and the perspectives we can share through the characters’ journeys in the film. These perspectives arise from our experiences, insights, sensitivity, convictions, and sense of morality that we have as human beings practicing a form of expression. Dwelling on that increases our chance to come up with good screenplays, where the rules remain the tools that we should use to their fullest in order to succeed, and ignoring which might just make our jobs a little more difficult and luck-driven, though the possibility to do a great work despite ignoring all rules can never be denied.

As I write these words, I have a feeling that people reading my blog, especially my students would be surprised to know that this is a recent discovery. Perhaps I always knew this. But during that one day of insecurity, when this thought came to my head, it reaffirmed my faith in method and helped me understand how I can enhance the possibility of spontaneous creation within my structured approach. I called my Director and told him about my Eureka moment. I was not surprised when he told me that even he had been thinking about the same for the past one day, and he had also, and independently, come up with the same resolution to the debate. He further added, with examples from music and dance, how it is difficult for the beginner to learn and master and keep faith in the dry ‘rules’ and ‘methods’ of his art. He repeatedly questions the relevance of the same. Later, when he has grown into a practicing musician, he goes beyond the rules and the grammar of music which have become a part of his instinct, some of which he even breaks in order to achieve his expression.

Earlier I believed that film is art for only genius film-makers. For people like us, it is a craft to be learnt and perhaps all we can achieve is being good craftsmen. And that is good enough an achievement. But now I can think beyond that. All of us are aware of the hard work, dedication, and pains a musician or a dancer takes in order to achieve the label of an ‘artist’. So who can deny the assumption that the same amount of effort by a student of screenwriting, and its rules and grammar, may eventually take him to a stage where he starts expressing in a way that is above and beyond all rules? Are not we, as screenwriters, striving to reach a stage, where the ‘structure’ remains the means to an end which is a pure, uninhibited, expression of the soul?
Posted by satyanshu singh at 10:40 PM