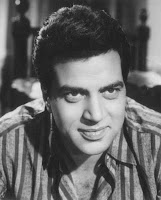 She was born and brought up in a small, industrial town called Jamalpur, known for its locomotive workshop. Her father was a guard in the Eastern Railways, but his biggest passions were astrology, homeopathy, poetry and dramatics. He used to write, direct, and act in plays that were performed at the Railway Talkies – a theater maintained by the Indian Railways. Unlike her other siblings, the girl had no interest in the house-hold activities, and she was to remain ignorant of the basic culinary skills until she was about to get married several years later. Instead, she spent time with her dad, whose she was the favorite child, acting in plays written and directed by him and even winning a prize for the Best Child Actor. As the romantic age of adolescence became hers, she developed the habit of staying glued to the radio, listening to the songs from Hindi films, and singing along, and eventually penning them down in her personal diary. In her large joint-family home she always did what she wanted, despite what her several guardians asked her to. They even pointed at a boy who was seen studying on the roof-top of a neighboring house, and asked her and other kids at home to be like him. And she did not disappoint them, by successfully managing studies with her new-found loves of knitting and reading novels and learning the Bengali language, only to be able to write letters to her newly-wed Mami who was from Bengal. But her biggest passions remained her love for Hindi films being screened at the Railway Talkies and the songs that Vividh Bharti played.

He was the first-child of his parents, born eleven years after their marriage, in a semi-rural community called Bindwara, after his grandmother prayed to the Sun god and pledged to the annual ritual of Chhath on being blessed with a grand-son. It was not a surprise that he was to be pampered and spoiled beyond measure despite the strict, disciplinarian father that he had. His father was always away, having been posted to neighboring towns, and the kid was free to live the way he wanted to. He grew up to become a goon who would storm into the office of his headmaster in order to get things done the way students demanded. Little did he know that this rash, carefree personality of his was going to be the biggest conflict he would face when he would fall in love.

The two met in high-school. During those years, his family had shifted to the neighboring town of Jamalpur, and the two families lived side-by-side. During evenings, he climbed up his roof, pretending to study, knowing very well that she would be able to see him from her courtyard, and her numerous guardians would be giving his example to their kids. The fact is that he was not bad in studies, and his Hindi was pretty impressive, as was his love for poetry, but he simply did not want to study. During the days of the college, he developed an obsessive adulation for Dharmendra who, according to him, was the uncrowned king of the Hindi film-industry. But his passion for films went beyond Dharmendra. Many years later, he was to claim to his kids that he had watched the Rajendra Kumar starrer ‘Suraj’ (1966) fifty times in the theater. He could also identify the actor of a film by listening to the Mohammad Rafi song of it playing on the radio, because he knew how Rafi Sahab modulated his voice for different actors. And his pride for the rest of his life was going to be the fact that he was among those few people who could promptly and surely make out the difference between the voices of Lata Mangeshkar and Suman Kalyanpur. It was during this age of late teens that he met the girl we talked about, and they fell in love. Almost seven years after they had met, the love was ‘arranged’ by the families into a matrimonial bond, fulfilling the romance they had nurtured for so long in a town and society that would only encourage scandals out of a love story. Next year after their marriage, one morning in the month of March, they were to become the proud parents of a baby boy, who several years later would give them the toughest moment of their lives by formally announcing the pursuit of his love. If only they realized, that the roots of the boy’s love had been seeded within them when they were struck by the same – the obsession for cinema…


She is my Mom. He is my Dad. I do not know much about their love story – I wish I did. But I know that I will be indebted to them for passing on to me their love for the arts, and especially the mad passion for cinema. Their love story was to give birth to several others, literally speaking.
Posted by satyanshu singh at 11:08 PM

Labels: Indian Cinema, The Autobiography of a Romance