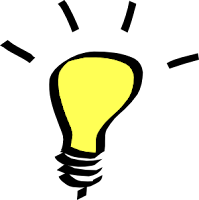 The first idea I had had for an original film script was when I was seventeen. I am yet to develop that idea into a screenplay. In the years that followed, innumerable concepts fascinated me, and I thought I was going to be one of the greatest film writers, versatile and universally loved.

Today, I understand that most of those ideas can not be made into commercially viable films aspiring to find an audience. And several of those which fascinated me are not good ideas at all. Storytelling in cinema is different from writing a novel or a play or a nostalgic memoir of a distant past. Storytelling in cinema is different from social activism and aspiring to change the world. But still, when a new idea strikes us, we are excited and inspired, and believe we have a film in hand. What works and what does not, in cinema, is an elaborate argument and let us spare it for later. For now, I have come up with a list of 15 questions that may help you judge whether your idea is good enough for a film.

Not all, but most of these questions should be answered in affirmative, if you want to check the promise in your idea. Take this test. See the result. Then either believe in this questionnaire or reject this post of mine. The least I promise is - it will enhance your understanding of the film 'in your head'.

Posted by satyanshu singh at 1:15 PM