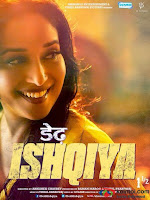 Filmfare has just announced the nominees of its popular awards section and has disappointed again after some brave decisions they took last year. The BAFTA nominations were made last week and the Golden Globes were awarded yesterday. "The Wolf of Wall Street" and "Inside Llewyn Davis" are already released in India. 'American Hustle' is coming this Friday, and other top contenders at the Oscars should follow soon once the Academy announces the nominees in a couple of days from now. 'Dedh Ishqiya' has raised our hopes after a disastrous 2013 for Hindi cinema. 'Miss Lovely' is about to be released and its critical and, more importantly, commercial success will be more than welcome. Kamal Swaroop's avant-garde cult film, 'Om Dar-ba-dar" is finally making it to the big screen after more than 25 years. Amidst all this, I am celebrating my very own 'Berlin in Andheri Film Festival 2014', as we wait anxiously for this year's first major festival to kick-off in Berlin next month.

A new season of experiencing the fresh lot of movies has begun. Have you fastened your seat-belts yet?
Posted by satyanshu singh at 1:52 PM