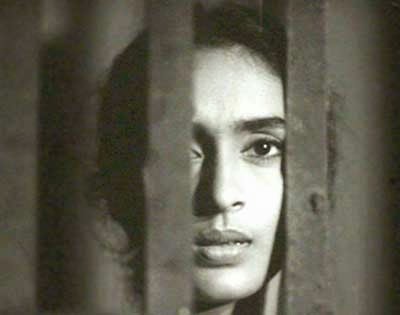 Through my previous posts in this series, you know that I left my home at the age of eleven for a hostel. Out of all the beautiful things that life has given me, that might just be the most significant – eight years of my adolescent life in this ashrama, because it was, among different things, my first film-school. Or playschool, to put it more correctly.

Spread over thirty-three acres in the holy town of Deoghar, run by the Ramakrishna Mission, it was a world in itself. Vast green football-fields – two for every grade, pitch-white hostel buildings with wonderful, little front gardens maintained by us, a majestic temple at the heart of the plot, dense mango orchards, and ancient banyan trees, the school that started with three students in 1922 had grown up to house boys from all over Bihar, Bengal, Orissa, the North-Eastern states, Bangladesh, and even Delhi and UP. Run on the ethos of the ashram-culture, where all seniors and teachers were referred to as dadas (‘elder brothers’ in Bengali), it was an English-medium school providing modern education under the CBSE curriculum. We were not allowed to step out of the campus except during semester breaks. It had a dairy with over a hundred cows, a giant dining hall, an auditorium, a small hospital-cum-dispensary, an extremely well-maintained and versatile library, a general store, barber shop, cobbler and washer-men. Our daily routine included, apart from attending lectures and hours of supervised self-study, chanting and meditating – twice every day, cleaning our dormitories, attending compulsory PT and evening games, and serving food in the dining hall. There were several outdoor activities and sports, as well as training in fine arts and vocal and instrumental music. Not all of us enjoyed all these different activities and most of the above-mentioned details were nothing but torture for us. Add to this the restrictions we had – all of us were supposed to dress very simply, and alike, even in dormitories or in the play field; we could not talk to our parents over phone – writing and receiving letters was the only source of communication; and we were not allowed to keep comic books, magazines, video games, or portable music systems. Two hours of TV every Sunday was all we had in the name of recreation. I believe it was growing up in an environment like this that shaped my taste, and my sense of pleasure and joy. I also would like to attribute my ability to switch between solitude and working in a team to the formative years in that school, as well as my growth as a storyteller.

After watching ‘Satya’ in October1998, I was eager to share its story with my friends – as most had not watched it. That gave birth to this frequent ritual. Whether it was during the lecture of a teacher who failed to turn up, hiding away from our supervisor during self-study hours, or while having our meals – I was often busy narrating stories of films to some eager audience. The most common exercise was the Sunday afternoon story session that was often ‘pre-booked’ by friends. Those who belonged to a different dormitory could not join us inside the room as it was prohibited. So they would stand outside the window to enjoy these narrations that went on for hours, complete with songs and background score.

Despite the traditional ashrama environment, our school provided me with something that I could not have experienced at home – exposure to English movies. Occasionally, the entire school assembled in the central hall of the library to watch movies played through VHS tapes on a big color TV. ‘Jumanji’, ‘Commando’, and ‘Predator’ are the titles I can instantaneously recall. But the most remarkable experiences were to watch the ‘Star Wars’ trilogy and ‘The Matrix’. I also remember how excited we were to watch the old Western ‘Mackenna’s Gold’ (1969) only because there was one shot of a woman’s nude behind, or how we anticipated that ‘The Godfather’ would have something titillating but turned it off after its long opening sequence that for us was the most boring thing we had seen in our lives. At times, we also managed to watch the latest Hindi releases and I remember watching ‘Gupt’, ‘Dil Se’, and ‘Sarfarosh’ among others. By that time I had a diary of mine where I wrote lyrics of dozens of Hindi film songs during vacations. It was also the time when ‘Hum Dil De Chuke Sanam’ and ‘Refugee’ had made me fall in love with the use of Hindustani semi-classical music in films. The romance was ripening and the next post in this series will illustrate how around end of 1999 it turned into a singular obsession. I hope to write that special post soon.

However, I have to briefly narrate a really amusing story before I wrap up this current post. All of us unanimously and strongly feared one person in the school – our Chief Warden. A senior monk, but more of an administrator and a disciplinarian, he single-handedly maintained the decorum in the campus where we hundreds of monkeys lived. Despite his strict manners, he allowed the occasional screening of movies, especially during a holiday, as mentioned above. He did not really endorse these movies but some senior students managed to make him accept their request. One such holiday, it might be holi, and we do not know what exactly triggered it, he got furious at our ever-growing demand for movies that he did not really approved of and decided to retort in the most imaginative way. He called for a black-and-white movie from the 60s, one that according to him was a rare good film, and made it compulsory for everyone to watch it. I still remember what horror the incident had created, when every single kid was chased out of dormitories, even those who hardly cared about movies, and those who wanted to spend the afternoon studying or sleeping, and we had to endure that movie under his watchful eyes. It was Bimal Roy’s ‘Bandini’ (1963), the only film that was made a compulsory watch in my eight years of stay there!

Several years later, I met our Chief Warden in Mumbai, and he expressed to me his disappointment regarding my decision to quit medicine for the movies. “What if I tried to make movies like ‘Bandini’?” was my argument that made him nod in silence. Perhaps he got my point. By the time of this meeting of ours, I had watched almost all Bimal Roy films and the brilliance of ‘Bandini’ was more than evident to me. If, as a filmmaker, I could go even half way close to that, I would be very proud of myself. But for the film-buff in me, that movie, and the allegorical importance of it in the lives of all little brats who grew up together in that amazing ashrama, will always remain very, very special.

‘The Autobiography of a Romance’ is a series of post chronicling my love affair with the movies since early childhood. To read more posts under this label, please click here and read from bottom upwards.
Posted by satyanshu singh at 7:38 PM

Labels: The Autobiography of a Romance