Signs of Film Language: What Do I Mean to Say 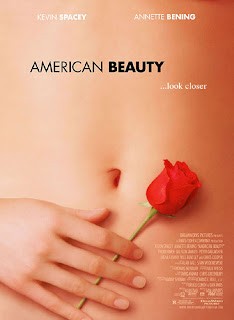 A sign is something that conveys a meaning. It has two parts: the signifier, that is the letters or sounds that form a word, and the signified, that is the meaning of the word. Although the sound and form of the word 'book' is in no way close to our impression of the entity called 'book', the signifier and signified are not related, in our mind we have associated the two. For example, a person who knows Hindi and not English can never understand the word 'book'. For him that entity is called 'pustak' or 'kitaab'. On the other hand, the image of a book is conceptually more closer to the book than the word. Similarly in cinema, the signifier and the signified are almost identical. So, the language of film is difficult to discuss, because is so easy to understand.

Also, there is a different case. In cinema, the image of a rose is the image of a rose, not more, not less. But in language it can be modified or confused with 'rows', 'arose' etc. The power of language systems is that there is a very great difference between the signifier and the signified; the power of cinema is that there is not. A writer uses the word ‘rose’ and the reader thinks of any rose he has in his memory. The filmmaker chooses one rose out of millions and shoots it in one way out of thousand other ways and the viewer can not think of any other rose. Thus, the artist’s choice in cinema is without limit; the artist’s choice in literature is circumscribed, while the reverse is true for the observer. So, since film is the closest approximation of reality, among all arts, it is the most powerful medium for conveying the denotative meaning - that is the obvious meaning - 'it is what it is and we don't have to strive to recognize it.'

But the beauty of the film is that it has strong connotative abilities as well - a wealth of meaning that goes beyond the obvious. Also, it has the ability to accommodate the connotative factors of all other art forms and cultures, and does that denotatively (as the filmmaker has the supreme power of chosing 'what to show' and 'how to show').

Connotation is of two types:

In 'Swades' as Mohan Bhargav returns after meeting the poor farmer and buys a little water from the boy on a platform, the previous references of bottled water and an NRI lifestyle, and the remarkable change this character has undergone, is established as he takes a sip. The connotation works only if you fit it in the syntax or the structure of the film. This, then, is syntagmatic connotaion.

However, the line between denotation and connotation is not clearly defined. Connotations, if they become strong enough are eventually accepted as denotative meanings.

Thus, although cinema at first glance seems to be an art that is all too evident, “leaving nothing to the imagination”, much of its meaning comes not from what we see or hear, but from an ongoing process of comparison of what we see with what we don’t see. The attraction of film lies in not what is shot but in how it is shot and how it is presented.

(This post is a part of my personal notes made from James Monaco's brilliant book 'How to Read a Film.')
Posted by satyanshu singh at 3:18 PM