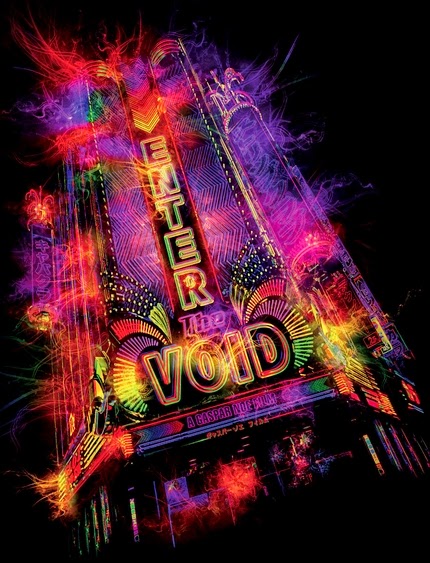 I have taken more than six months to come up with this new recommendation as a "must watch", the last being 'Holy Motors' (2012), despite having watched several great movies in this period. But I am very glad while doing this because 'Enter the Void' fits perfectly into the idea that had made me start this series more than three years ago. If you have not watched this hypnotizing, stunning, dream-like, trance-like fim, you are seriously missing out on something. It is indulgance at its best, and watching it makes you feel dizzy, and ecstatic, because the pleasure it offers to your senses is extraordinary by any standards. Very early in the film is a brilliant play of light and sounds, reminding you of the Stargate sequence from '2001: A Space Oddyssey' and you really don't want it to end. Exceptional in its beauty, it may even inspire you to try hard drugs, if this is really what they make you experience. I couldn't tell, but let me confess honestly that I did ponder over the possibility of following our largely-invisible protagonist into the world of substance. I must be grateful to the rest of the film that not only, through the painful journey the guy experiences, kind of warned me against such an experiment, but also let me have a long, intimate glimpse of what a "trip" could be without any real danger. The film, is a trip. But it's also a wonderful meditation on the issues of death, afterlife, reincarnation, out-of-body experiences, incest, and love. You may not want to watch it with your kids or your parents, but you must watch this film, and it would be great if you could couple it with a mental state that suits it well. I will write briefly about my mental state as I watched it, before signing off.

I was in Devprayag. It is a small hill town seventy kilometers northward from Rishikesh in Uttarakhand. It is the place where the two major tributeries, Alaknanda and Bhagirathi, merge into each other to form the Ganges. I had reached there in the afternoon, and after my much-needed siesta, I went out to make a call to my brother to let him know where I am (The visit to this town was a part of an unplanned, several weeks long solo trip I had taken in the hills during this April). I had to go out as my phone had no network and I had to rely on the local phone booths. Hardly I knew that this phone call will become one I won't ever want to forget. Our first film, "Tamaash" had won a National Award and I was completely unaware of it as friends and family celebrated in joy unbound. After having talked with Devanshu and then my Mom, I returned to my little room, that overlooked the excited, noisy Bhagirathi. From my window I could see the moon rise from behind the hills, and could hear the water forcibly break the stillness of the town, and I slowly allowed the news to sink in. I cannot explain how liberating it was to realise that I, at that special moment, was completely alone, and utterly unreachable for anyone, with no phone or internet connectivity. Even if I wanted to, I couldn't have called anyone as the phone booths were shut. Even if I desired, I couldn't have read the congratulatory messages on Facebook. And it was in that moment of liberated and bissful solitude that I decided to pamper myself with this amazing film experience called 'Enter the Void'! Some film experiences go beyond their run-time. This, for me, was definitely one such experience. Magical. Mad. And infinitely memorable.

Posted by satyanshu singh at 8:03 PM

Labels: Must Watch Before You Die