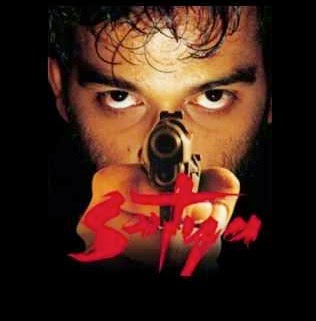 Sometime in early 1998, I proclaimed a movie album to be my favourite of all time. It was Uttam Singh’s ‘Dil Toh Pagal Hai’ (1997). ‘Are re are ye kya hua’ is still one of those songs that uplifts me unlike most others and the romantic wistfulness of ‘Bholi-si soorat’ has been my inspiration as a poet ever since I turned one. One thing that I particularly loved about the music of this film was the programming, including the beautifully fresh interludes. In 1998, I represented my school at several science seminars and congresses. At the age of fourteen, being the only one from my batch to actually get to travel mid-semester was more than any of the privileges I was aware of. It was also the first time I was travelling, and these first long-distance train journeys had turned me into a complete romantic. I had fallen in love with the writings of Ruskin Bond and my parents had bought me my first portable stereo that I could use only on these trips as it was not allowed in hostel. Pankaj Udhas’ ‘Stolen Moments’ and Shankar Mahadevan’s claim-to-fame ‘Breathless’ were among the few cassettes I had, and soon I had learnt the latter’s title track by heart. The album, however, that was to become my favourite companion on train journeys, and still is, was ‘Dil Se’ (1998). ‘Chhaiyya Chhaiyya’ was perhaps the first song I became truly crazy for.

During the summer vacation that year the trailer of one film caught my attention. It was called ‘Satya’. Perhaps not many know that I am called ‘Anshu’ at my home, and ‘Satya’ by my school friends. So, the trailer of this movie appealed to me, and for this reason alone, because otherwise, it looked dry and Urmila Matondkar disappointed me in her all-clad avatar after her act in 'Rangeela' (1995) and 'Daud' (1997). After the vacations, one day, I heard my warden, the only teacher in our Ashrama who talked about movies, mention ‘Satya’. “I’m dying to watch it,” he said and I was left wondering – even a movie like this has people ‘dying’ to watch it? It was a new perspective for me. From that moment, I was taking this movie seriously. A couple of months later, a very close friend fractured his hand and went home for a few days. On returning he raved about the movie, that he had not seen something as stylish and gritty as this. I really valued the opinion of this friend and thus made up my mind to watch this film during Durga Puja vacations.

That October, my parents took me to Kozhikode, Kerala and ‘Satya’ was playing there. My Dad, as you all know by know, was almost averse to watching movies. But somehow, we convinced him to take us to this one movie. I am so thankful to the cinema owners in our country who never care if the people buying tickets for an adult movie are actually adults. My brother and I were not, and ‘Satya’ was an adult film, mainly because of its realistic violence and cuss words. I also loved the dingy look of the theater – we had to go through what looked like a concrete tunnel to enter it. And when I watched it, this was the first movie that completely impressed me, from its first shot, to the opening voice over, to the unlikely gangster character of Satya, and the infinitely memorable Bhiku Mhatre. I loved the songs – ‘Baadalon se kaat kaat ke’, ‘Geela geela paani’ and ‘Tu mere saath bhi hai’, apart from the obviously entertaining ‘Kallu mama’ and ‘Sapne mein milti hai’. This was also the first film whose technical brilliance affected me like never before. The scene where Satya is being beaten up by some goons at the balcony of an old building, overlooking the street below with oblivious passers-by, with the sound of rain being most prominent – no background score, no added effects for kicking and punching sounds – it was more realistic and stylish than anything I had seen before. I also remember noticing how the sound of a scene preceded its visuals, overlapping with the closing seconds of the preceding scene – something that, I later learnt, was called a ‘J-cut’. And the way the film ended, the climax on the day of Ganpati visarjan – it left me spellbound. Even my dad was deeply impressed by the film – he could not believe a film as good as this could be made in the 90s. The impact of this movie can be guessed from the fact that on my way back home, lying down on my railway berth at night when the rest of the passengers were asleep, I actually revised the entire film, scene by scene, in my head. In the months to follow, I would narrate the film to my friends in school, of course with dialogues and background score. ‘Satya’ was thus the first film that suddenly made me interested in the craft of cinema. Soon I was visualizing the filming of the Ruskin Bond stories I read. In my own world, I was turning from a film buff to a film-maker.

This May, my parents travelled to Delhi to attend the function where our directorial debut ‘Tamaash’ won a National Award. Saurabh Shukla, who played ‘Kallu Mama’ in ‘Satya’ and who was also one of the writers of the film, was also there, having won Best Supporting Actor for ‘Jolly LLB’ (2013). For me, the moment when I introduced my Dad to him and when the two men shook hands will always remain very special. Last month, ‘Tamaash’ took me to Kerala to participate in the Kerala Shorts and Documentary Festival. One evening, at Kovalam beach, I was getting some chocolates from a shop where the title track from ‘Dil Toh Paagal Hai’ was playing. As I emerged out of the shop, I passed by a Belgian couple who were humming the song, smiling with a pleasant surprise. I was so fascinated by their reaction to the song that I decided to talk to them. They told me that back in 1997 they were travelling to India, and had watched this film and this song was one of the very few Hindi songs they would recognize. Their two little daughters, who understood no language but French, watched me talk to their parents with an amused smile. It was a sweet little chat. “Au revoir” – I said, thanks to my limited knowledge of their language from the French cinema, as I rushed to the fellow film-maker friends to tell them about this wonderful little incident. It was late evening. The beach was empty and the sea was at its glorious best. Life had come full circle in the form of this wonderful trip to God’s own country where sixteen years ago I had met the inspiration of my life, a film that changed Hindi cinema of the 90s, and me, for the better.

‘The Autobiography of a Romance’ is a series of post chronicling my love affair with the movies since early childhood. To read more posts under this label, please click here and read from bottom upwards.
Posted by satyanshu singh at 1:47 PM

Labels: The Autobiography of a Romance